Currencies continue to be a learning opportunity for me each time I enter a new country. In Cambodia, I was surprised when the first hostel I booked (while still in Vietnam) sent an email indicating only dollars would be accepted for payment.

Immediately, I thought, “Oh no, I do not have enough emergency USD for this type of expense!” After reading online and talking with other travelers, I learned ATMs in Cambodia dispense dollars because it is an accepted currency, even for Khmer people and official services.

Menus, price tags in grocery stores, and rates at hostels are quoted in dollars but the Cambodian currency, the Riel, is also accepted. The official Riel to dollar exchange rate is approximately 4200 to 1. However, for easy math, most places use 4000 to 1. To be transparent for customers, some stores post their exchange rates.

While it is easy for me to understand prices in dollars, there are still challenges adjusting to this monetary system. The challenges are counting my change and paying bills with two currencies. If I pay in dollars I may get change in riels, dollars, or both. Similarly, I have the option to pay in dollars only, riels, or a combination of currencies when I make a purchase. I think it is about the same amount of mental math as in China, HK, and Vietnam except the math happens when I get change instead of when I am trying to understand how much an item costs.

A tuk tuk driver met me at the boat launch when I arrived in Phnom Penh. It was awesome to see temples and monuments with the traditional Khmer/Thai style on the ride from the boat to my hostel. 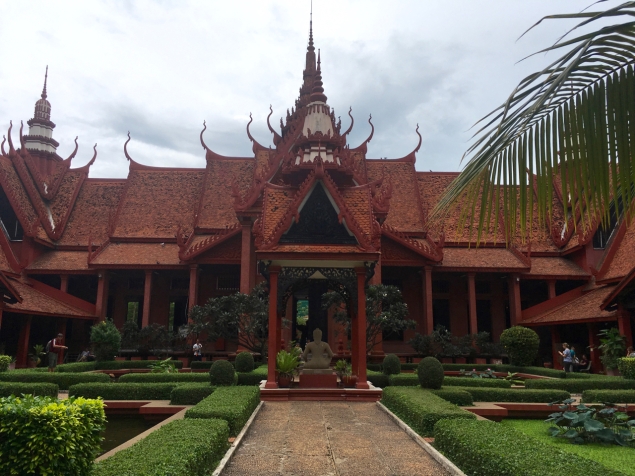 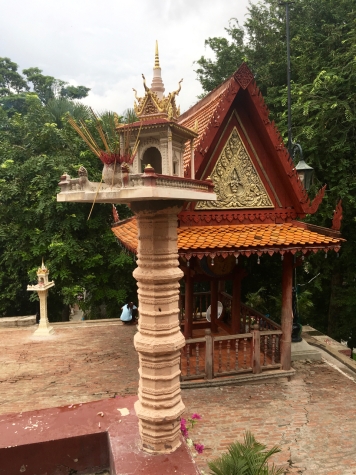 A main plaza in the city center. The red building is the National Museum. The shrine is one of the monuments at Wat Phnom, the temple for which the city was named. The word wat means temple. 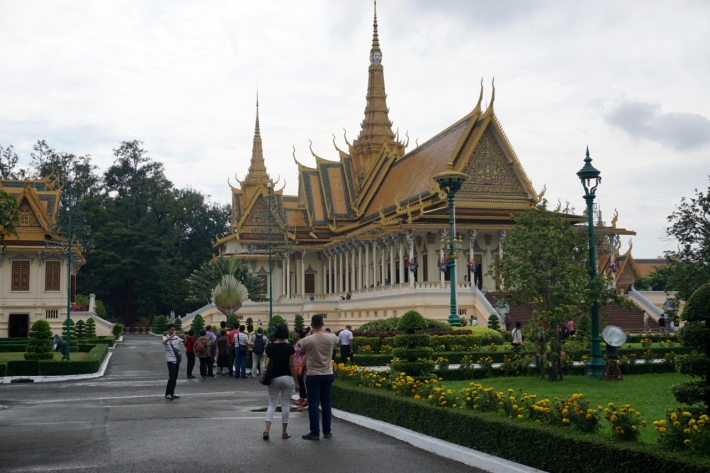 Phnom Penh is a less safe city so I do not have too many photos of places beyond the tourist attractions. As tourist sites go though, the Royal Palace, which is still the living and working quarters for King Norodom Sihamoni, is outstanding. 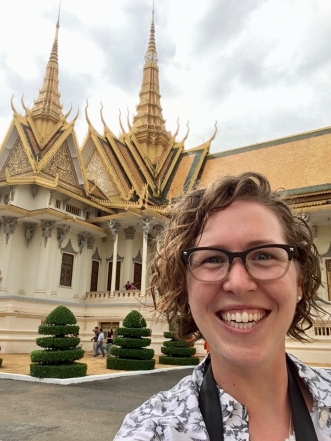 Buddhist temples and the Royal Palace require modest dress. Modest is interpreted to mean covered elbows and knees. I was dripping wet. 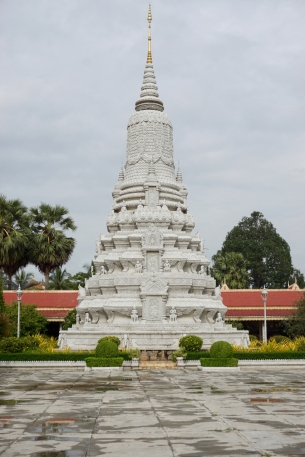 I see Buddhist monks often. Their orange attire is a striking color. 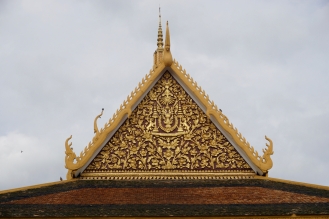 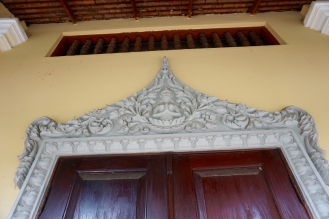 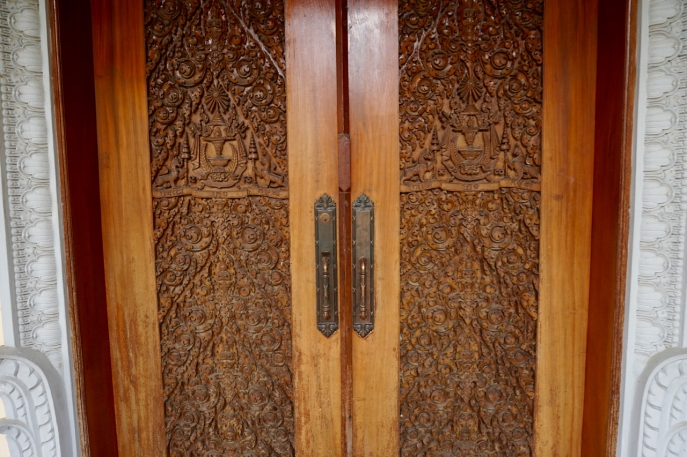 The attention to detail at the Royal Palace is impressive. I heard the palace in Bangkok is even more grand. I look forward to seeing for my self.

Funny story: through the women working in Phnom Penh, fellow traveler Sophie and I were invited to join their weekly yoga (not pictured) and kickboxing classes. Awesome, right! Turns out the night of the class the ladies were running late at work and could not join. So, Sophie and I had our first lesson in kickboxing plus some basic sparring practice without our friends and with a fabulous Khmer instructor. It was a great workout. I will take up this sport at home.

I spent an afternoon at the Tuol Sleng Genocide Museum. In this former school building tucked into a normal neighborhood more than 12,000 people were tortured and killed. Only 7 people are believed to have entered and survived. It was sobering, heavy, informative, and well narrated.