In South East Asia (SEA) the cost structures for health care and telecommunications services are different from the United States. Here are two stories highlighting the differences.

For data and internet access while traveling it is less money to buy a local SIM card than to maintain a US-based plan with international add-ons. When I enter a new country I stop at a cell phone kiosk to pick up a new SIM card.

These are my costs for data plus calling in each country:

A lot less money than most monthly phone bills, right?

Another cost that is lower outside of the US is healthcare. I am taking a malaria prophylactic called Doxycycline. I started the drug in the south of China and will continue the once-a-day pill through Brazil. With thanks for great insurance, three months of the medication cost $30USD before leaving home. Insurance covered the full cost for the $6-8 per pill drug.

In Ho Chi Minh City I restocked my Doxy supply. I walked into a pharmacy, showed my pill bottle, said “malaria,” spoke in English with the pharmacist, and was given 50 days worth of pills for $2.25USD total. The exchange lasted less than 5 minutes. No prescription needed either.

While I know these two examples do not account for wage and cost of living differences between SEA countries and the US, there is still a take-away: there may be other approaches for successfully costing and pricing US healthcare and telecommunications services. 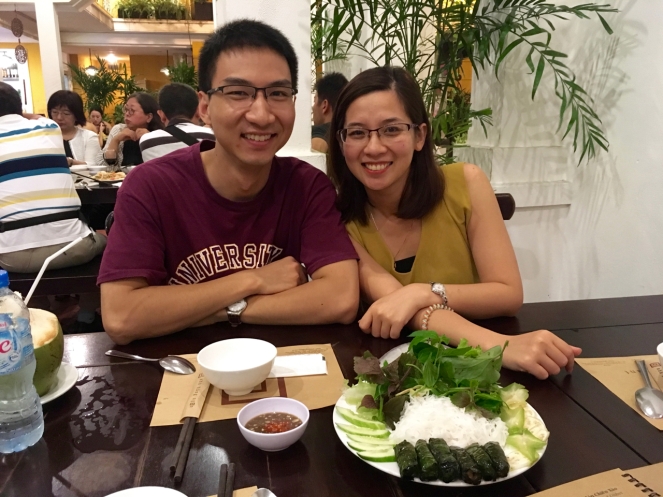 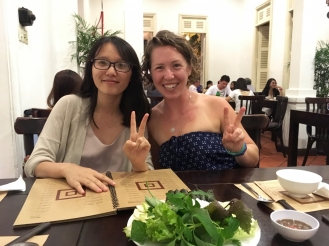 I am fortunate to know people in many of the cities I visit. Quyen and Duke are Carlson MBA alum from the class of 2015. Both are Vietnamese and living and working in Saigon. Duke’s fiancee Trang, in yellow, joined our fun. On my first night in this city I was treated to a fabulous, authentic meal at the best restaurant in town plus an evening stroll through the city’s landmarks. We also had dinner a second time before I left town. Cam on or thank you to these friends! 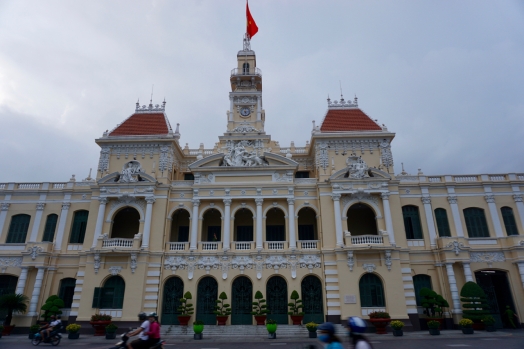 A replica of the Norte Dame cathedral in France. The central plaza and city parliament building. 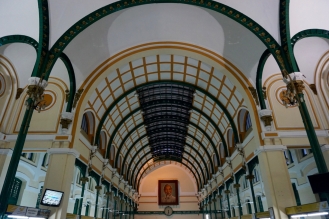 More French architecture. This is the post office. The ceilings, tiles, and maps were all impressive. 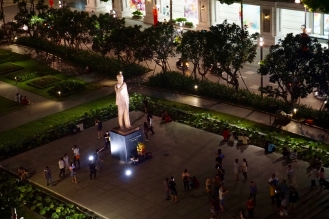 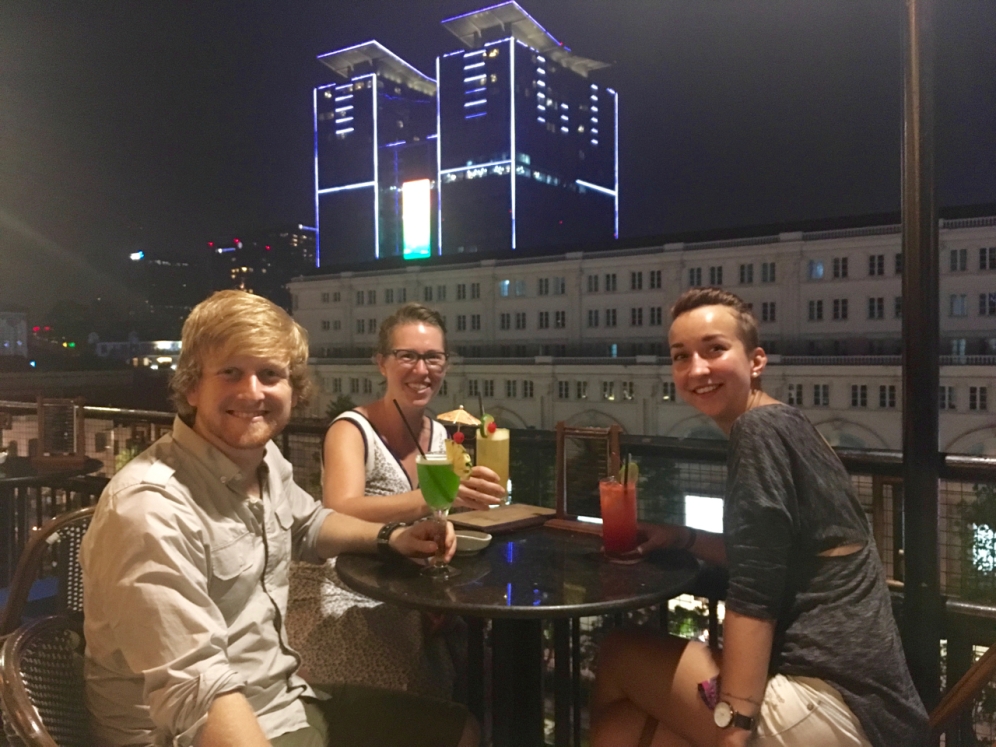 Jens from Germany, Henni from Norway and I stayed in the same dorm. We did some Saigon site-seeing together and one evening we enjoyed a rooftop bar. The cocktails may look exciting but the taste did not measure up. I think it was about the view though! 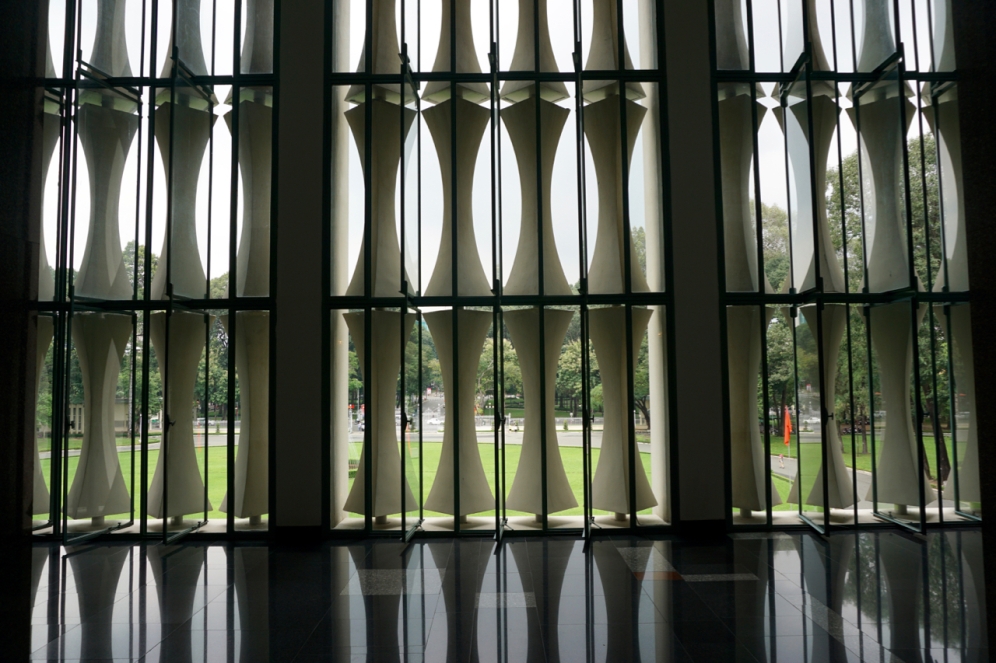 The Presidential Palace, now called the Reunification Palace, in south Vietnam may be best known for the iconic photo of the tank rolling through the main gates on the day Saigon fell, April 30, 1975. I loved the architecture and seeing the period furniture. What a time capsule! 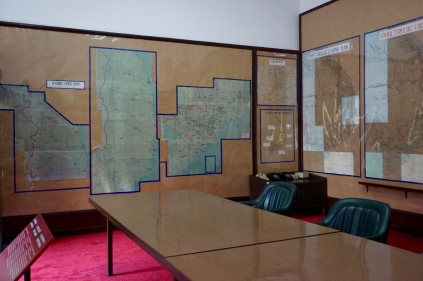 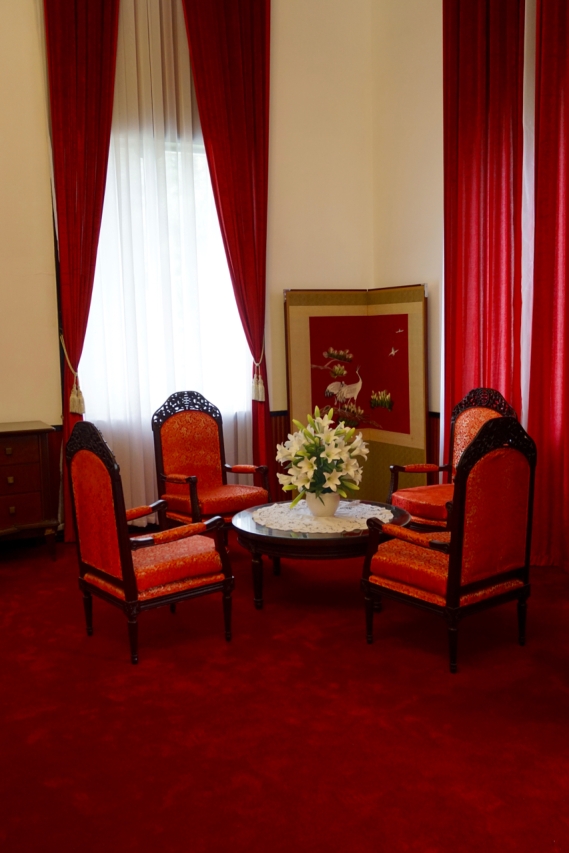 Rooms in the Reunification Palace open to the public include the war strategy room with maps of Vietnam and neighboring countries and formal spaces. 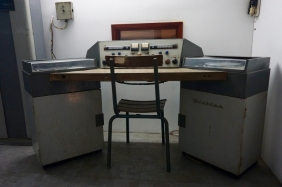 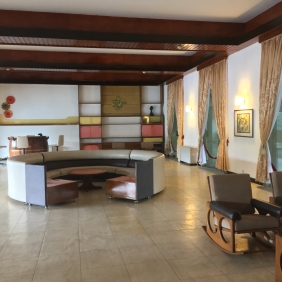 I visited the War Remnants Museum in HCMC. The museum has exhibits dedicated to the photographers who captured the Vietnam war, the victims of Napalm, explaining the war from the Vietnamese perspective, and world propaganda in support of peace. A sad, worthwhile afternoon.

First thing on my Monday morning in HCMC I visited the Cambodian consulate. I dropped off my passport, paid the $30US fee, completed a basic form and returned in the afternoon to pick up my visa. It is always a pleasant surprise with government processes work efficiently.