As I collected advice on where to travel in India, a few friends said, “visit a hill station.” With help from Google, I learned a hill station is not a specific place. Instead, it is a term referring to towns located at high altitude that are used as refuges from the summer heat. There are hill stations throughout India at the foothills of various mountain ranges. Many of the hill stations were built by the British.

Regardless of the location, all hill stations share one commonalty: incredible nature. The mountain scenery, vegetation and clean air make these destinations special and popular for international and domestic tourists.

When I choose to visit India, I expected and mentally prepared for chaotic cities. I had not considered that within India, a country slightly larger in size than TX, CA, and AK combined, there would be rural areas where nature still rules. The Madikeri hill station community, and a hill station I visited a week later, was an excellent opportunities to see a different side of India.

A few highlights from India’s nature: hiking, experiencing cool weather in the evening, seeng the color green in many shades, and hearing sounds other than car horns. I felt as if I was in a different country. 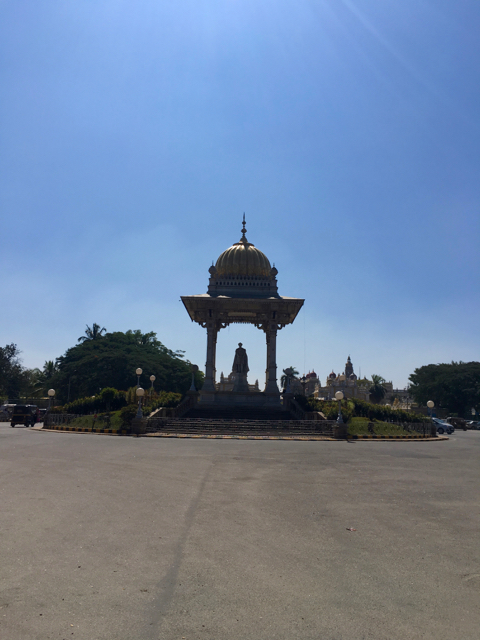 Mysore, renamed Mysuru, is a highlight city in southern India. For centuries prior to the country’s independence in 1947 various kingdoms and colonizers ruled the region from this former capital city. 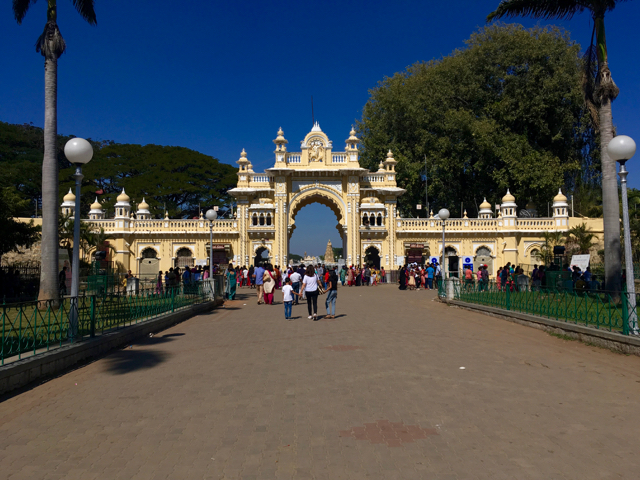 The Mysore Palace is the second most visited tourist attraction in India after the The Taj Mahal. This palace was home to the royal family of Mysore from 1399 to 1950. 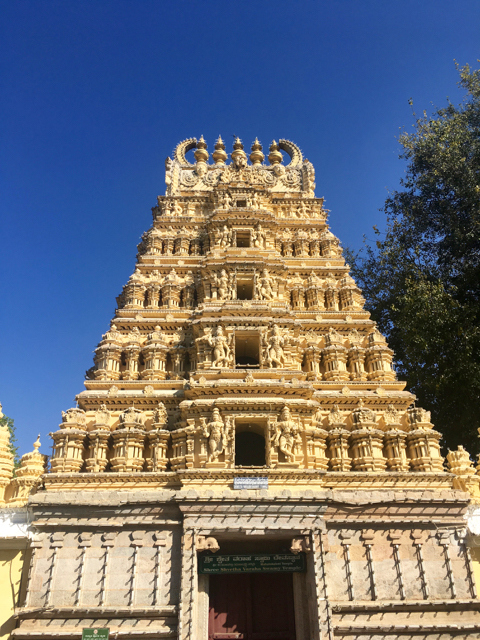 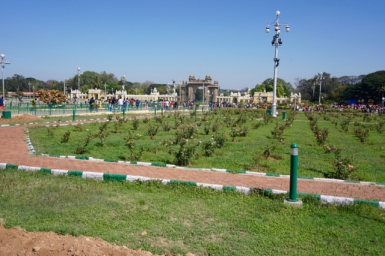 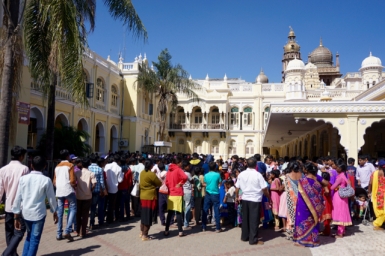 Visitor numbers at the palace increase between the holidays of Christmas and New Year, the same time I visited. On the palace grounds are 12 Hindu temples, including the Shveta Varaha Swami temple, and extensive gardens.

I was sitting in the palace complex when, in seconds, this large group of friendly school kids surrounded me and said hello. I assume they were visiting the city from a rural community. Based on their enthusiasm for seeing me I also imagine they do not see many western or white people. Many of the kids also shook my hand. 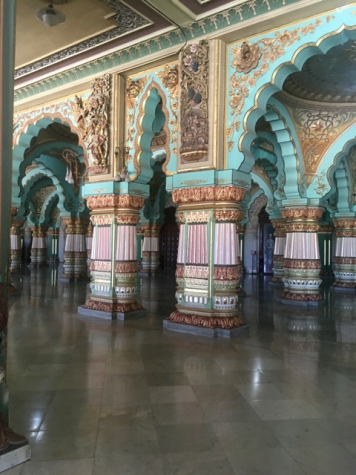 A few photos from inside the royal palace.

On the morning of my second day in Mysore, I joined a bicycle tour. We started at 7:00am to get ahead of the commotion and avoid the heat. I enjoyed seeing the city wake up during our ride. 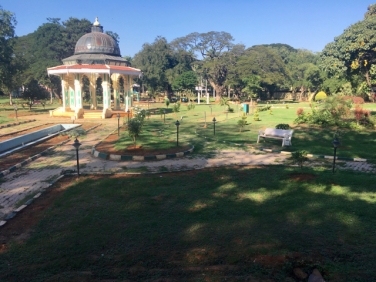 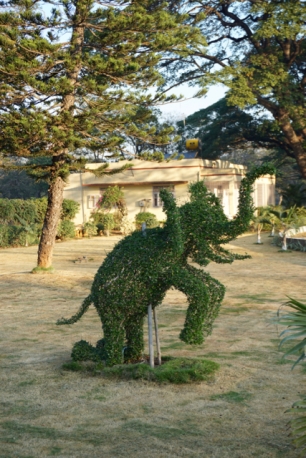 The tour visited a Muslim and a Hindu neighborhood. In one of the neighborhoods, I saw a spigot outside of each house. In the basin below the spigots people were washing dishes and brushing teeth. I imagine the homes did not have running water indoors. 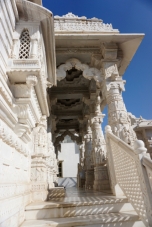 A Catholic church and Jain temple were sites we visited on the bike tour led by our guide Abida. Abida is a proud lifelong resident of Mysore. I enjoyed learning from her and was pleased to have a young woman guiding our group. 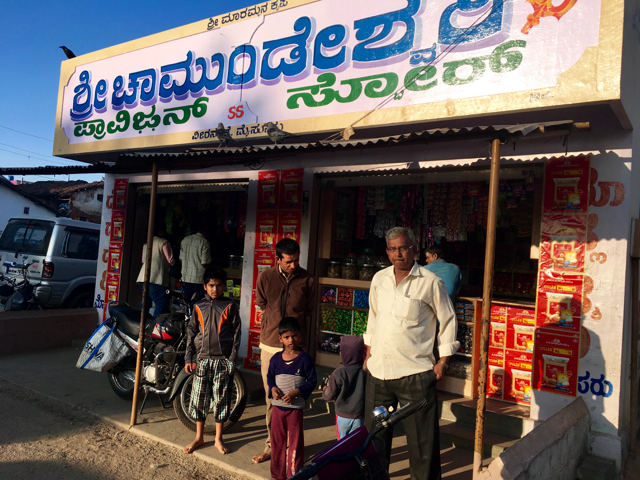 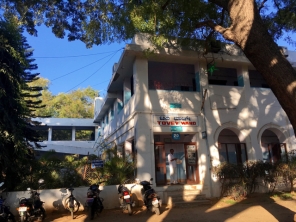 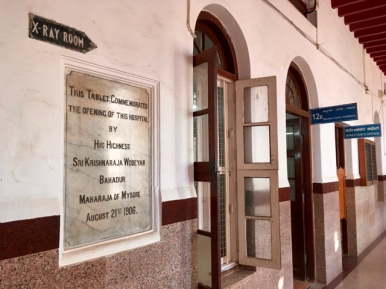 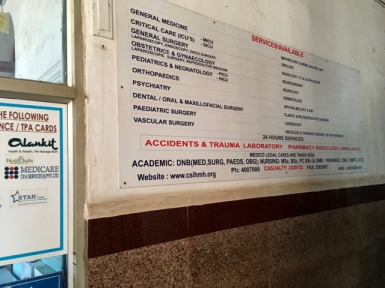 Some signs of daily life spotted during the tour include this convenience store where we bought water, amazingly bright saris drying in the sun, and a public hospital. 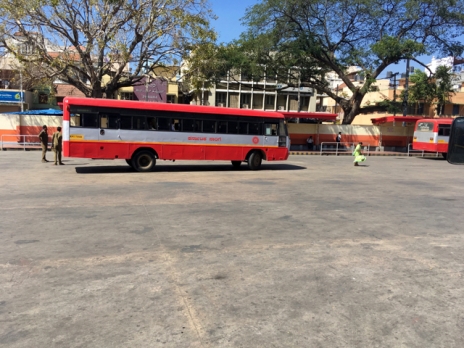 In the afternoon following our Mysore city bike tour, Joost a friend I met at the hostel, and I traveled to Madikeri. It was a 3 hour ride via non-air conditioned government bus uphill on winding roads to reach this hill station town. From Madikeri we traveled via rickshaw for 40 minutes to our guesthouse. 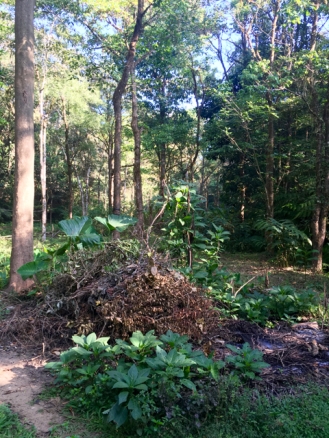 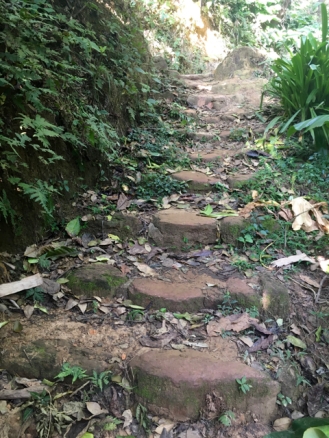 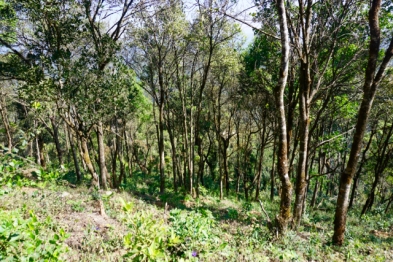 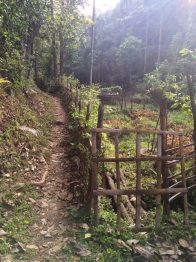 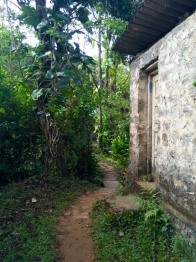 Joost and I stayed at the Rainforest Retreat at Mojo Plantation. This awesome eco-lodge is located at 1100 meters above sea level on land with dense tree coverage. There were walking paths throughout the property. 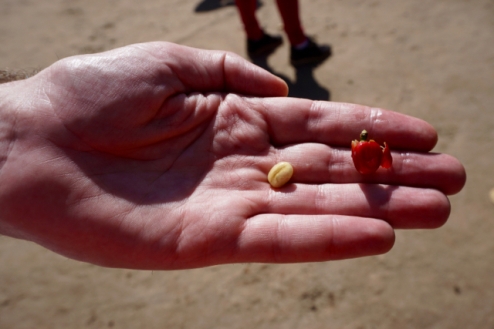 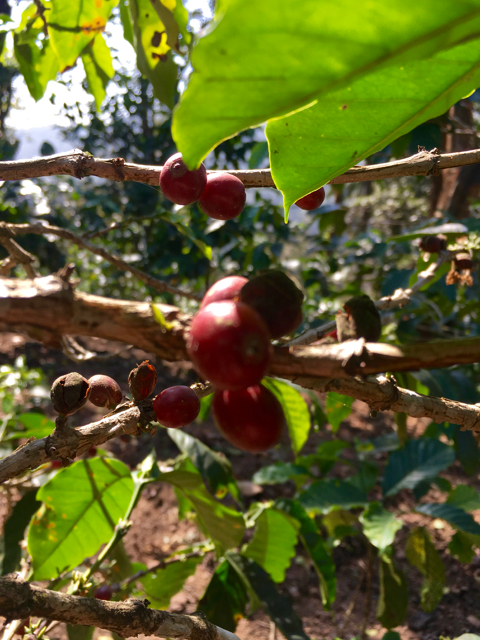 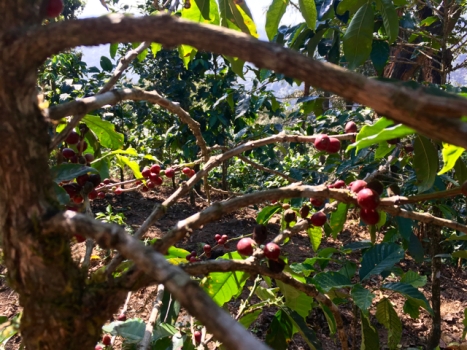 During a 3 hour nature hike our guide identified pepper and coffee plants growing wild in the area. Pepper is a climbing plant. Our guide called it a “creepy” plant. I was amused at the translation. Many family plantation owners also grow these crops for sale. 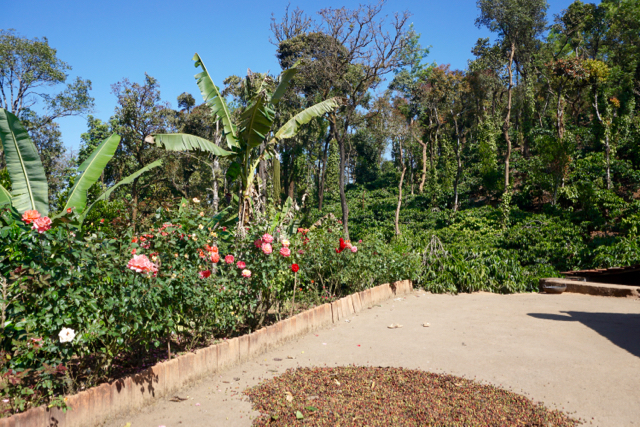 Our nature hike passed through this coffee farmer’s home. 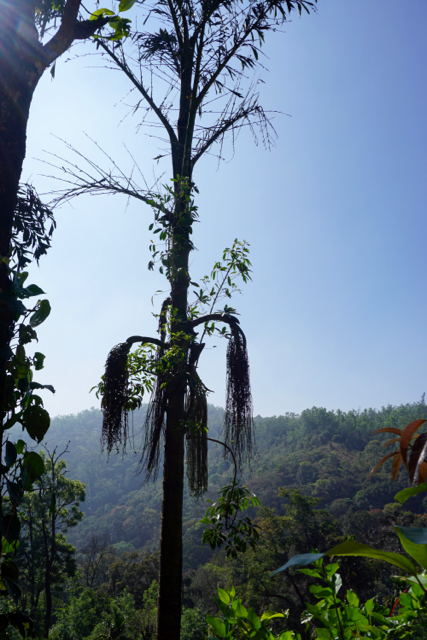 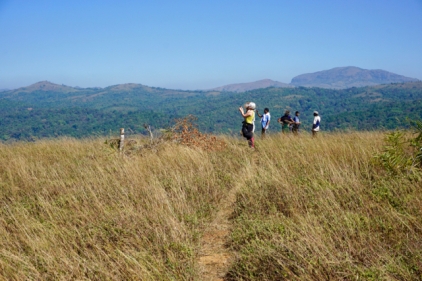 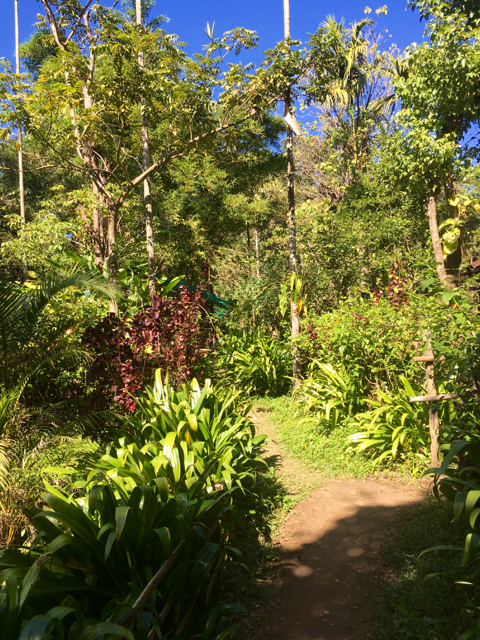 We hiked to a ridge with great views of the surrounding valleys. We saw different landscapes as the altitude changed. 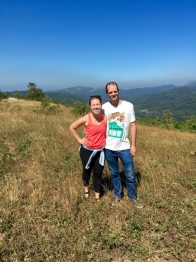 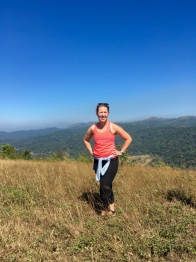 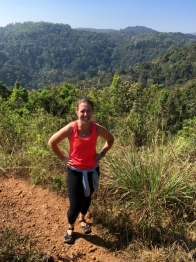 Documenting our presence in India’s nature.