A name is usually a fast, basic way to identify a person or a place. In Myanmar, deeper meaning is associated with the name of the country and citizens make politically minded decisions when they say their country’s name. Here are some facts about the country’s name:

I chose to say Myanmar and to refer to the people as ‘people from Myanmar’, a cumbersome term but more inclusive of the various ethnic groups than saying ‘Burmese people’.

The name Burma refers to the dominant ethnic group in the country, the Bamar, who make-up close to 70% of the population. The rest of the population is comprised of people from one of the 7 other ethnic races recognized by the country. States within Myanmar are largely divided along the lines of these ethnic groups and conflict is common. Many minority people identify with their ethnic group instead of their country. Minnesotans may be familiar with one of the 7 ethnic minorities, the Karen, because more than 12,000 immigrants from this community resettled to Minnesota in the past 10 years.

Trekking in Hsipaw, a town located in the Shan state in the northeast of the country, our guide discussed the militias that exist to protect each state; the difficulties of unifying a country when most people identify with their ethnicity instead of the nation; and the language variations across states and ethnic groups.

Learning about the religious and ethnic conflicts in Myanmar gave me new perspective on diversity and the role of a shared identity in social progress. 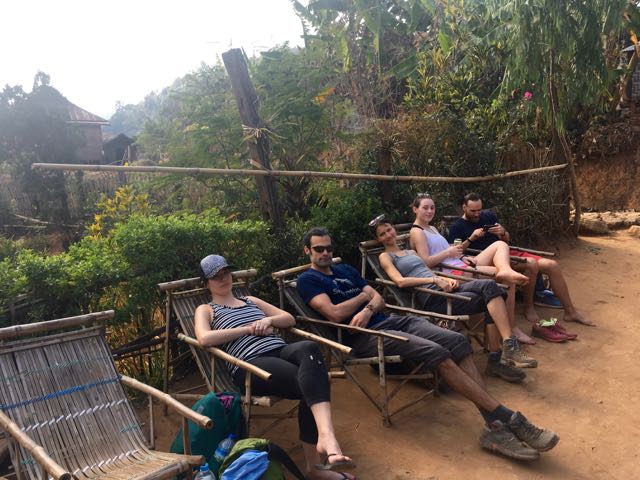 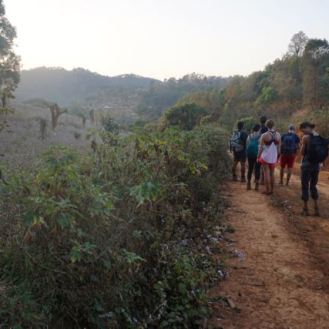 Hsipaw is a relatively popular base town for trekking. Through the main outfitter in Hsipaw, Mr. Charles Hotel, I joined a 2 day, 1 night trek into the countryside. Our group of trekkers was fantastic. The group included a Dutch couple, two women from Quebec, and two people from Minneapolis. It was exciting and unexpected to make friends with travelers from home. 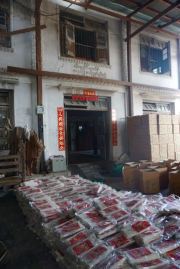 As we left town on the first day of the walk we stopped at a local rice noodle manufacturing facility. Noodles are dried in the sun so production decreases dramatically in the monsoon season. 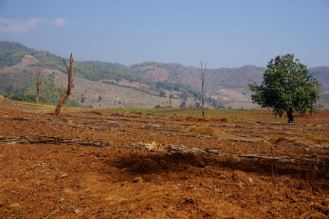 Seeing the open countryside, family farms, and basic way of life were reminders of the differences present in our world. The structure in the top right photo is a spirit house. The house is used once or twice a year for village ceremonies honoring previous land dwellers and ancestors. 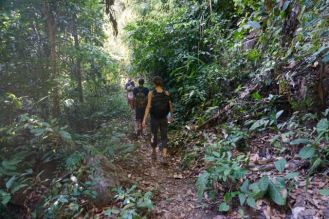 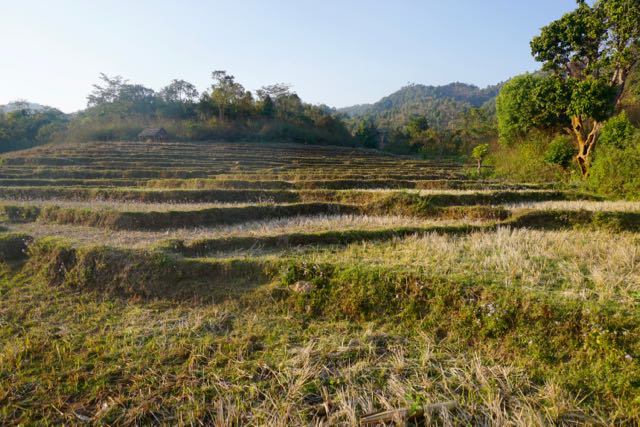 We trekked 10 miles the first day and 6 miles the second day. The landscapes varied from lush valleys to arid mountainsides. I imagine the trek is impossible in monsoon season and even more gorgeous immediately after the rains end.

Our group visited a home in a local village for lunch. Each guide is responsible for developing relationships with local village chiefs and finding homes suitable for and interested in feeding people who trek. Unlike other places I have visited, tourism around Hsipaw is still sufficiently limited that local families maintain their primary income sources and the money from trekking groups remains supplementary. 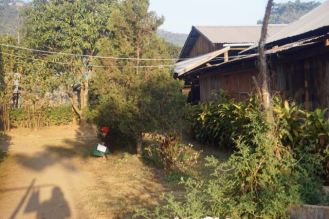 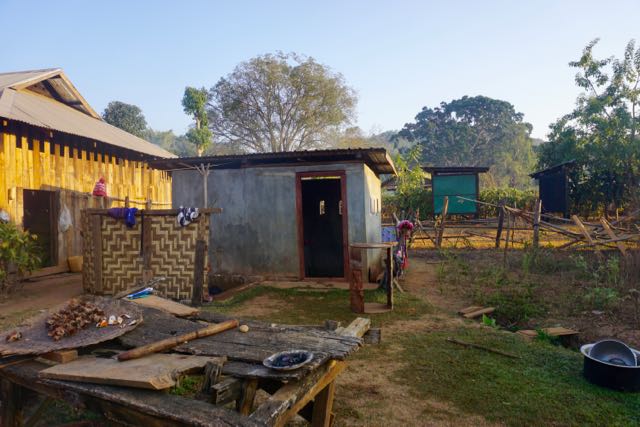 Photos of the house where we stayed for our one night village homestay in a rural community in northern Myanmar. In a place where people do not speak English, it was a reminder of globalization to see a mat with the word welcome outside the entrance to our group’s sleeping space. The photo in the bottom left shows green and black outhouses in the background. In the foreground is a structure for showering. The cement house has large basins filled with water. Outside the house behind the thatched fence is where I rinsed my body using a spigot about knee high. 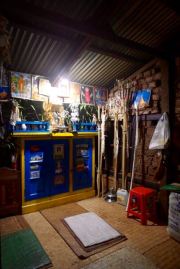 We slept in a lofted area similar to a barn’s second story. In this large room there was a shrine where family members prayed. 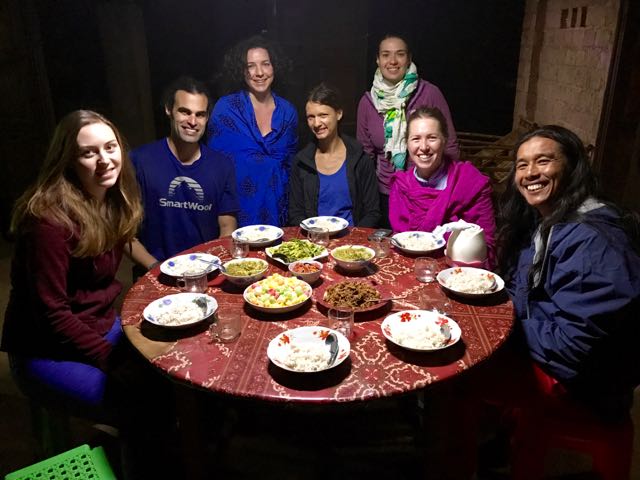 Our group before eating dinner.  We played cards after our meal. 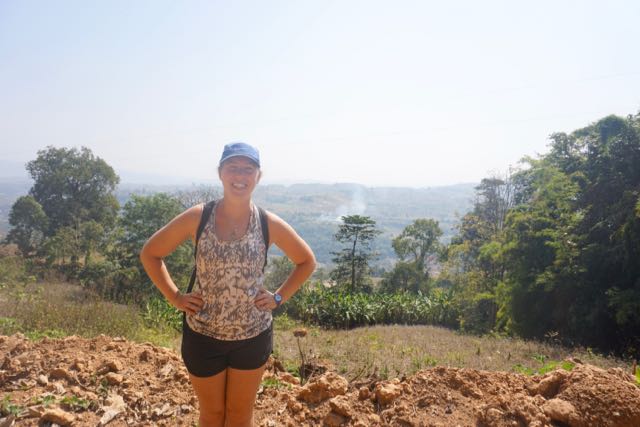 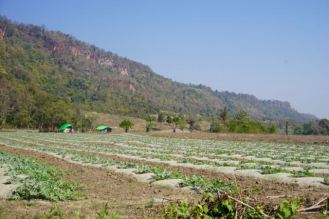 Photos from the second day of our trek. Most of the farm chores in these villages are managed manually or with animals.

From the Mr. Charles Hotel I walked to the Hsipaw train station to board the train to Pyin Oo Lwin. A luxury ticket in an open-air car that may be older than me costs about $2 USD. The ride from Hsipaw to Pyin Oo Lwin is about 6 hours long. This journey is popular with tourists who are train enthusiasts. 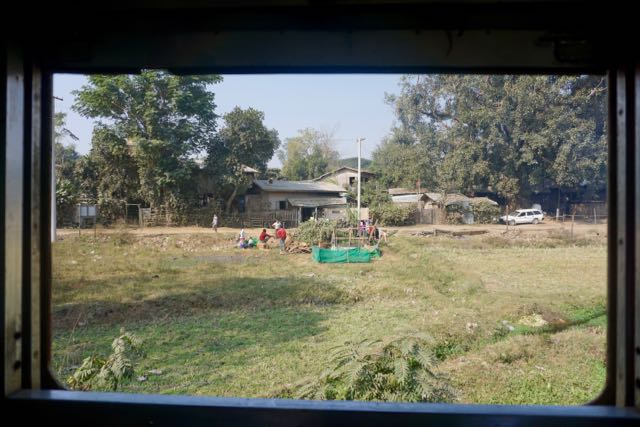 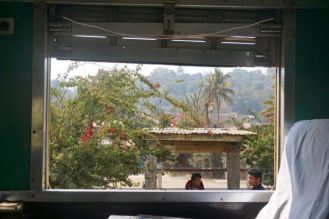 Views from the train window as we left Hsipaw. 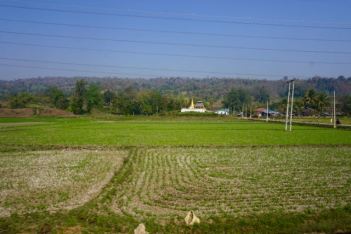 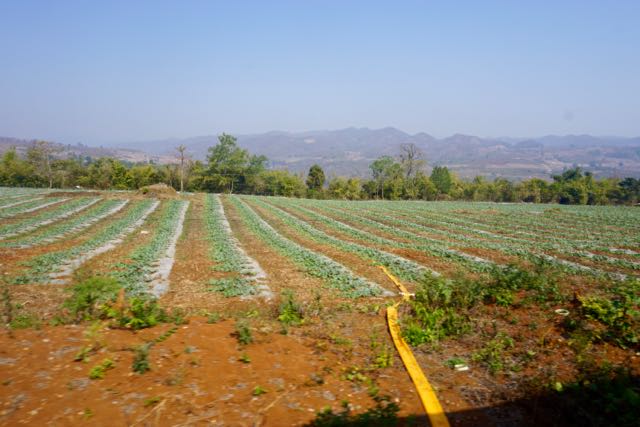 Natural sights we passed along the train journey.

Homes we passed along the train journey. 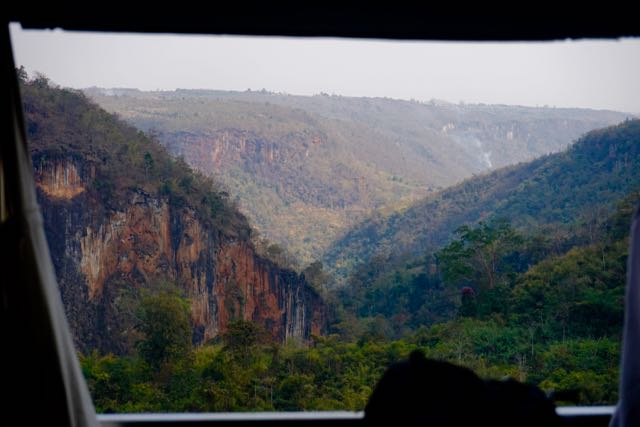 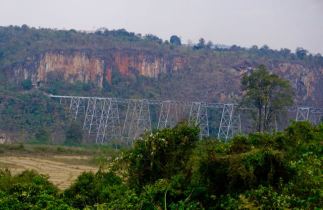 In addition to the views, this train journey is most well known because the route passes over the Goteik Viaduct. Built in 1900 with Pennsylvania steel and parts shipped from the United States, this railway trestle is the highest bridge in Myanmar. The bridge is 2,260 feet long and requires 15 support towers. Crossing the viaduct was an exciting and precarious journey. 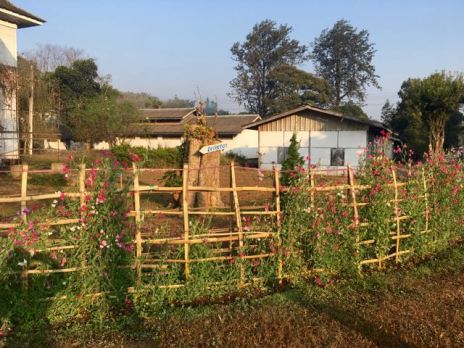 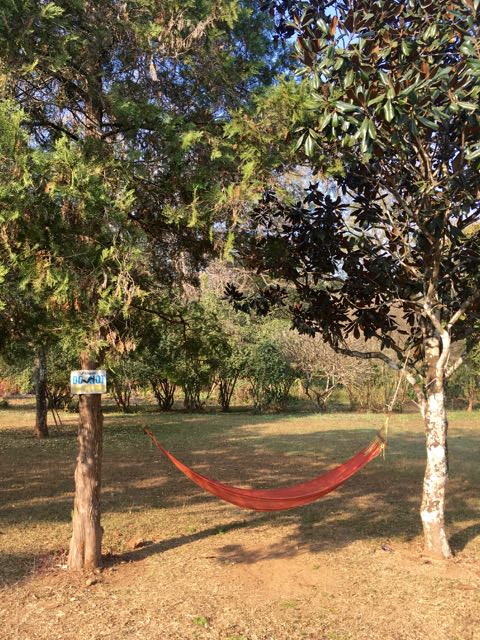 Pyin Oo Lwin is a hill station community a few hours east of Mandalay. The town was used as the summer capital of British Burma. Signs of the wealth of the former ruling class are evident in homes, estates, and the town center. I stayed at a guesthouse called Orchid Nan Myaing. This guesthouse located just outside of town was originally built in 1914 as accommodations for British officers. After 2 days of trekking and a new bed each night for 3 nights, I enjoyed resting here and breathing fresh air. 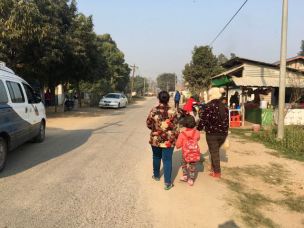 A look at daily life: a woman sells her cleaning wares in Pyin Oo Lwin. On my walk to the Hsipaw train station I passed this family and a number of homes. Everywhere in this country people made eye contact and smiled at me. The friendliness, enthusiasm, and welcoming demeanor felt incredible. 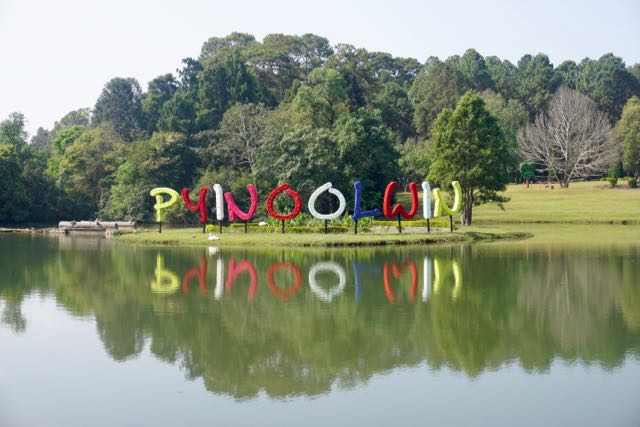 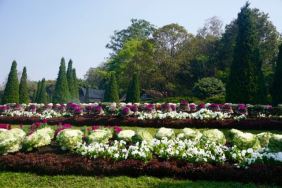 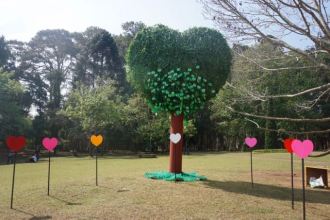 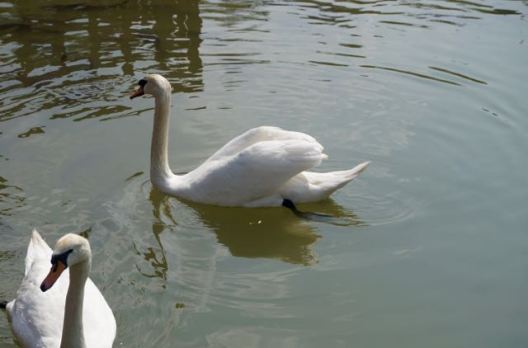 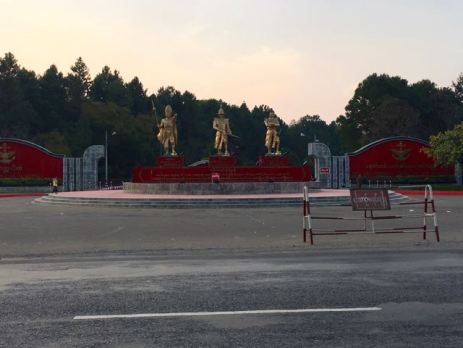 The most visisited tourist sight in Pyin Oo Lwin is the botanical garden. I visited on Valentine’s Day and was surprised to see decorations, families, couples, pink and red clothes, and many photoshoots. It appeared Valentine’s Day was a well-celebrated holiday.