The CIA’s World Factbook provides this economic summary of Cambodia:

Cambodia remains one of the poorest countries in Asia and long-term economic development remains a daunting challenge, inhibited by endemic corruption, limited human resources, high income inequality, and poor job prospects. As of 2012, approximately 2.66 million people live on less than $1.20 per day, and 37% of Cambodian children under the age of 5 suffer from chronic malnutrition.

The Cambodian Government has been working with bilateral and multilateral donors, including the Asian Development Bank, the World Bank and IMF, to address the country’s many pressing needs; more than 30% of the government budget comes from donor assistance.

In Siem Reap the presence of donor funds was obvious. Restaurant signs, placards on vehicles, and stores with community or social missions are on most street blocks. Through happenstance, I connected with a few people working in the non-governmental organization (NGO) space in this city and had the opportunity to visit their workplaces.

Anjali House in Siem Reap is one of the organizations working to improve education in the country. In Cambodia, public school is a half day. Anjali House students benefit from age and culturally appropriate courses provided by the NGO for the other half of the day. Additionally, Anjali House offers family counseling services, financial resources to pay for public school materials and required uniforms, financial literacy training for families and basic care items.

I also visited Journeys Within Our Communities (JWOC). JWOC provides about 17 college scholarships to a select group of Cambodian students each year. In return for the funding, scholars fulfill a weekly volunteer commitment with JWOC teaching free classes to younger Khmer students in topics like English, literacy, IT, and science. More than 800 learners benefit from JWOC classes each year. JWOC also provides non-scholars with school loans and community programming.

I know many  of the problems identified in the CIA Factbook excerpt are also issues in the United States. I think these are a few of the reasons the situation may be worse for Khmer people:

Moving through life for a month in Cambodia the economic challenges were obvious. That said, Cambodian people I had the pleasure to meet were friendly, caring, fun, interested, helpful, happy and so much more. Resentment is not a part of the mindset. People do not dwell on the past, they focus on the present. I think it is this mindset that creates resilience and will continue to support the rebuilding of the country. 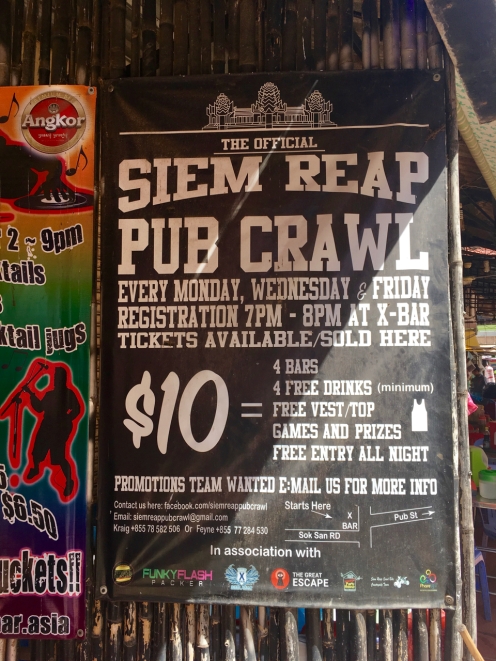 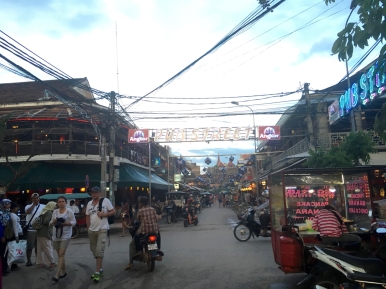 A few images showing the tourist areas of Siem Reap and an expensive home slightly outside the city center. 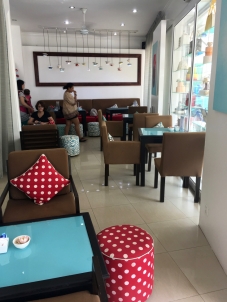 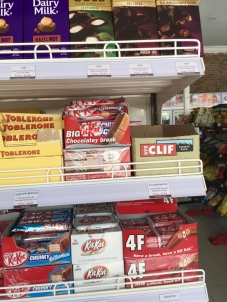 Tuk-tuk drivers spend hours in their vehicles napping, eating, chatting, and working hard to sell their driving services to passing tourists. Drivers often string hammocks across the cab for resting. In Siem Reap, a city with many tuk-tuk drivers on every corner to whom $.50 cents matters, there are cafes like Bloom where a small cupcake costs $3USD. Learn more about one tuk-tuk driver by reading this man’s story.

L to R: Ethan, Sarah, me and Josh. I met Josh in Phnom Penh and he connected me to the rest of the group. It was a lot of fun to go out, eat meals, and enjoy daily life with these folks. Ethan introduced me to the NGO he works at, Anjali House, and Josh and Sarah welcomed me for a visit to Journeys Within Our Community. Many thanks! 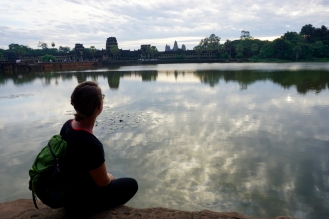 Siem Reap is the city closest to the 400+ acre temple complex of Angkor Wat. More than 1 million people visit the temples each year (Wikipedia), making this city the most popular tourist destination in the country. 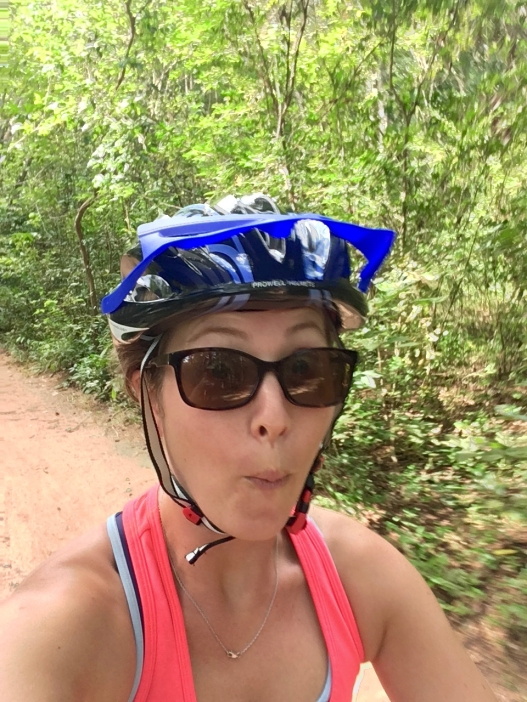 I joined a posh temples by bike tour for my visit. This was the first time a helmet came with a bicycle rental. We road on hilly, single track trails around the temples through mud and other fun obstacles. 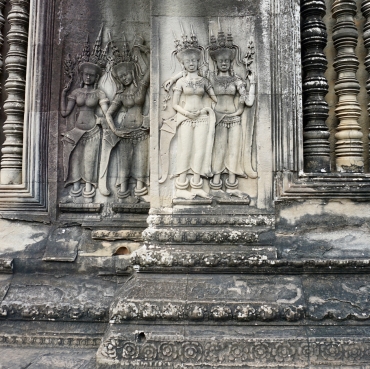 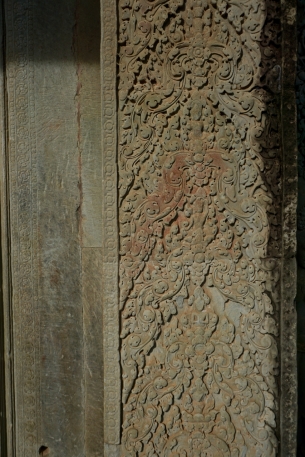 Examples of the detailed carvings on all walls of the Angkor Wat temple. A special part of visiting the temple complex is the lack of barriers. Visitors are not restricted to paths or roped off from getting close to the structures. 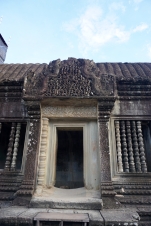 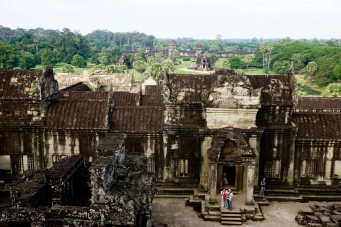 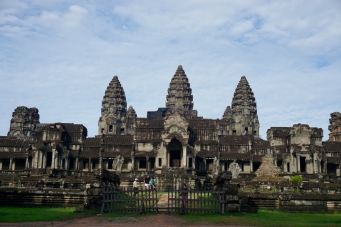 Angkor Wat temple is the largest and most well-known temple in the complex. 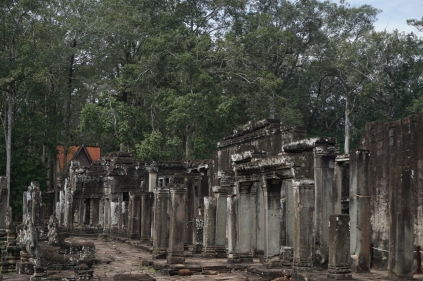 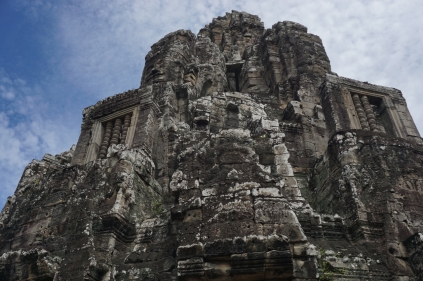 Following our visit to Angkor Wat, we cycled to another popular temple in the complex, Angkor Thom. The temples are holy religious sites so all visitors must cover their shoulders and knees. 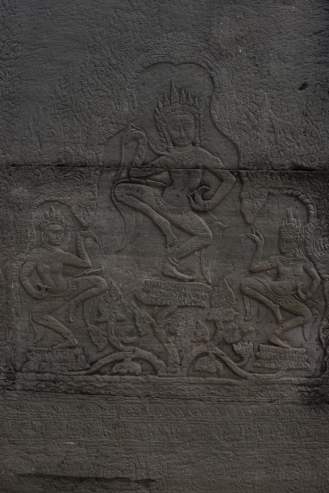 Examples of the intricate stone detail at Angkor Thom. It was incredible to imagine people thousands of years ago hauling stone into the jungle on elephants, clearing the forest, building the structures, and adding these details. Temples took from 5 to 30 years to construct. 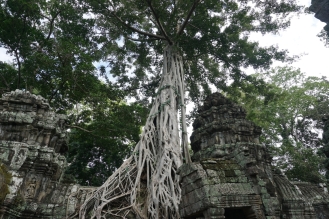 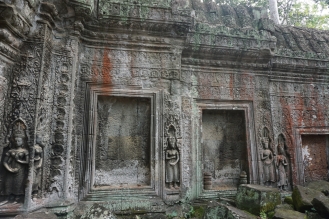 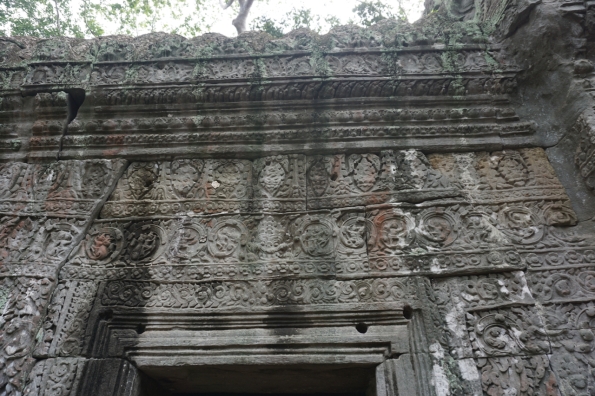 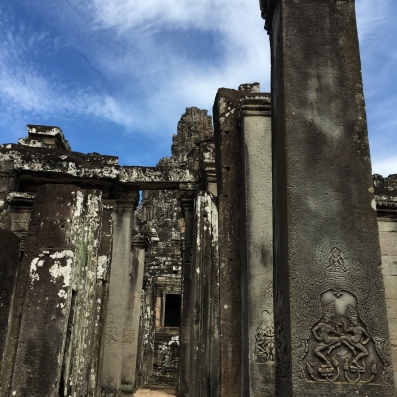 Perhaps the most well known temple for movie aficionados is Ta Prohm. This temple was the site for the film Tomb Raider. At this temple, I enjoyed seeing how the tree growth interacted with the temple ruins.

With my new friend Kate, we biked about 5km to the War Museum. The bike rental was $2USD per person. In contrast, riding in a tuk-tuk would cost about $8 total. 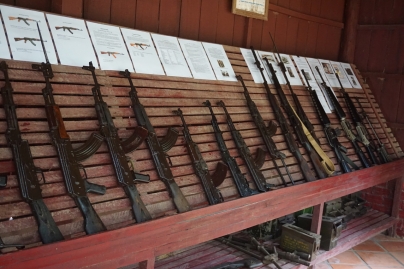 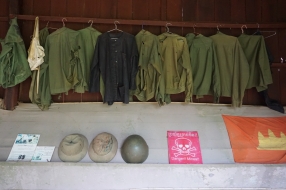 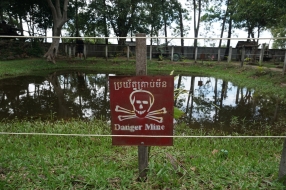 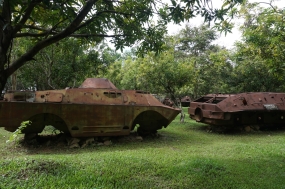 From 1967-1975 the country was in civil war.  This civil war was part of the Vietnam War. Cambodians fought with the U.S. and South Vietnamese forces as well as the Viet Cong and North Vietnamese forces. Following the civil war, Pol Pot’s totalitarian dictatorship controlled the country from 1976-1979. Full scale war from 1978-1979 between Cambodia and Vietnam led to the end of the dictatorship and subsequent Vietnamese occupation until 1991. It is heavy history and seeing first hand the tools of so many wars was sobering.